Why only 1% of startups "take off" - and that's normal 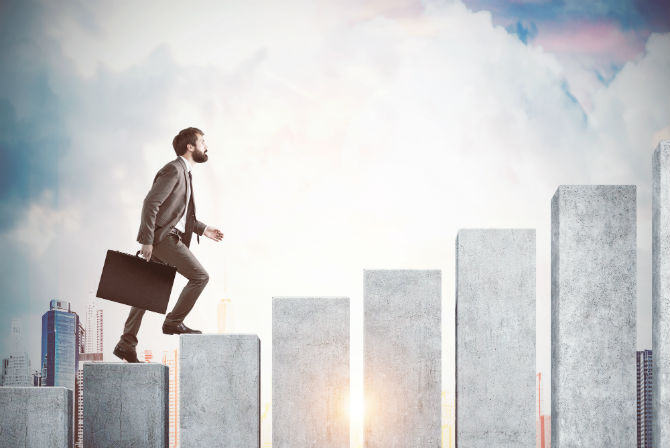 Why only 1% of startups "take off" - and that's normal

The only thing that can increase the chances of success is the real experience of the entrepreneurs, the effectiveness of the business, the established connections, the spirit, the willingness to do business to the end and not to give up.

For the vast majority of people, the venture capital market is unpredictable. And rightly so. Professional venture capitalists believe that investing in new businesses is a craft that can be learned to generate targeted returns. Try playing golf or tennis for the first time: if you get one good shot in the beginning, hundreds or thousands of "curves" will follow. And only after them will come the skills, and a confident game still requires self-control, mental stability and the ability to bring things to an end.

Instead of long and painful training in real business and projects, many people find it much easier to believe in the lucky hand and the coffee grounds, to rely on the advice of friends and predictions of experts and analysts. Some may get lucky, but the percentage of "lucky" people is negligible.

All of us - investors, startup managers and project managers at the same time - invest our time, health, money and our own internal resources in other people (be they family, employees or partners), projects and charities. There is a small percentage of people who do this as consciously as possible: they value the resources they have acquired and strive, by developing themselves, to build up this "capital" and manage it effectively. As a rule, exactly such people become entrepreneurs, professional managers and investors. They often combine several roles - this is yet another way to "get rich".  That is why so often we see successful entrepreneurs move into the ranks of professional investors and vice versa. They are constantly making investment decisions within their companies, planning budgets, accepting and rejecting proposals for M&A deals, working with a large number of counterparties, assessing the quality of internal or external teams, looking for ways to improve the efficiency of business processes. They make mistakes, but at some point they realize that there are fewer of them every year. Overcoming difficulties and often relying on luck, sooner or later they realize: success has become repetitive.  It may take five, ten, fifteen years, or it may never happen. The ups and downs of young entrepreneurs in a few years are only exceptions that prove the general law.  Almost all successful investors, including members of the Forbes ranking, have gone this way. All of them first developed their own businesses or managed someone else's, and then, having accumulated resources and capital, they became professional investors - now they return to management only when they cannot find decent management. The range of interests and activities of these people is really wide. As they accumulate capital and resources, they tend to move on from early stage investments to later ones.

But only a small percentage of entrepreneurs and investors who believe in their ideas succeed in building their businesses. According to Startup Genome Report calculations, 92% of launched startups die, and 74% of Internet startups close due to premature scaling, overestimating their strength and bloating the company's staff several times over.  Half of startups close within the first five years, and this is typical of all sectors.  This means that at the beginning of the journey, the risks for any entrepreneur and investor who becomes a partner are maximized. It may seem crazy to find people willing to support projects in the early stages, despite the fact that the probability of succeeding in the moment will be several times lower than in a casino, and you have to wait several years for a return on investment.

The success of a fund is influenced by the composition of partners, geography of investments and their history: a successful fund gets more cool projects, such a fund has accumulated expertise and network, which can help both in development and with the "exit". For example, the Sequoia fund, operating since 1972, has made investments, many of which have already been "monetized" in companies whose combined value is now approaching $1.5 trillion. The probability of an "exit" for investors in such a fund increases several times over. How does a startup get such a shareholder? It is not that easy. As a rule, such funds give a relatively low valuation of the company at the moment of entering the project, because they know what enormous value they can provide to a startup business.   The key for a startup is not to confuse a fund with a large set of portfolio companies, which nevertheless has the resources to work closely with each of them, with a fund that just has a lot of portfolio companies, and its team is busy arranging the chips on the table.

As in many sectors of the economy, there is a "mafia" in the venture capital market. The term has more of a positive connotation - it refers to a group of people who see the whole market, allocate resources efficiently and can reach out to any top decision-maker.  There are business angels and funds in Silicon Valley that specialize exclusively in early-stage investments - and they are successful because of their focus. For example, the Tech Coast Angels business angel network claims an IRR of 26%, while according to some data the average annual return on a U.S. business angel's portfolio is just over 20%. However, you should understand that companies are often born not for the sake of huge earnings, but for the sake of the idea of the entrepreneur, who is almost always interested in developing a project for self-fulfillment. The entrepreneur has a burning idea and is ready to take risks (now we do not take atypical situations when a person starts a business out of hopelessness or inability to find a good job). Business angels and venture capitalists, investing in early-stage companies, diversify risks - they form a portfolio of a large number of companies.  But as global average statistics show, they receive lower returns over a number of time horizons and greater investment volatility than later-stage venture capital funds and private equity funds.

As can be seen from the performance of 1,653 venture capital funds (1,051 early-stage, 190 late-stage and expansion-stage, 406 project-focused, and 6 providing venture debt financing) established between 1981 and 2016, the investment horizon should be quite long. Yields are volatile and highly dependent on the cycle and time of entry, with liquidity far from the highest.

For large companies and industrial giants, investments are increasingly becoming an opportunity to adapt to changing conditions or tipping points in their markets. A recent example is the active investment of automakers in cab aggregator services.  This trend is confirmed by global statistics, which in fact suggest that the conventional "offline" and the no less conventional "online" are increasingly intertwined and becoming inseparable.

For serial successful investments in the venture capital market, you need to have a set of extraordinary abilities and accumulate a lot of baggage of mistakes and knowledge.  This also applies to startup founders and investors if they want their investments to "shoot out" more than 10-50% of the time (depending on the stage) and overlap failed investments by a margin.  Entrepreneurs and investors are trying to discount the emotional background and often irrational workings of consciousness, evaluation and perception and increasingly rely on data in their decisions. Systematic success is achieved by those with an effective "hybrid" combining data, experience, and intuition in their heads. True, "training" in the venture market is expensive: instead of an MBA in a top business school for a year or two with a guaranteed "crust" and graduation photo - years of trial and error, unclear prospects, and no one promises a diploma. All in all, for the average educated person who does not grab the stars from the sky, the venture capital market is a disgusting and for most unacceptable scenario.

What's the bottom line? We got a 3% chance of success in the baseline scenario for a typical startup.  That being said, you have to remember: the odds can be "zero" because of every component of the new business we're considering, and it can happen at the startup as well as along the way. And the probabilities overlap, so the real chances of success can hardly be estimated at more than 1%. Let's add to this all sorts of force majeure, country risks, changes in the investment climate, the likelihood of personal problems for key people in the company. Remember that the market may not be ready for a product or service, so one cannot ignore the time factor and the fact that many technological trends and global trends in changing consumption habits should converge at one point.  Only the real experience of entrepreneurs, the effectiveness of the business, the established connections, the willingness to do business to the end and not to give up can increase the chances of success. But such cases are still rare-"debutantes" in the startup market far outnumber the few truly successful serial entrepreneurs.

Next time you read about the 1% of startups that made it to big sales and brought investors a high ROI, don't be surprised - the number is legitimate.  But without entrepreneurs and venture capitalists, there would be no world as we know it today, and the influence of these people in an increasingly innovation and efficiency-driven economy is only growing. It's a crazy world of crazy people. Not everyone can take it, but it never gets boring.