The future of eCommerce: NFT - dCommerce 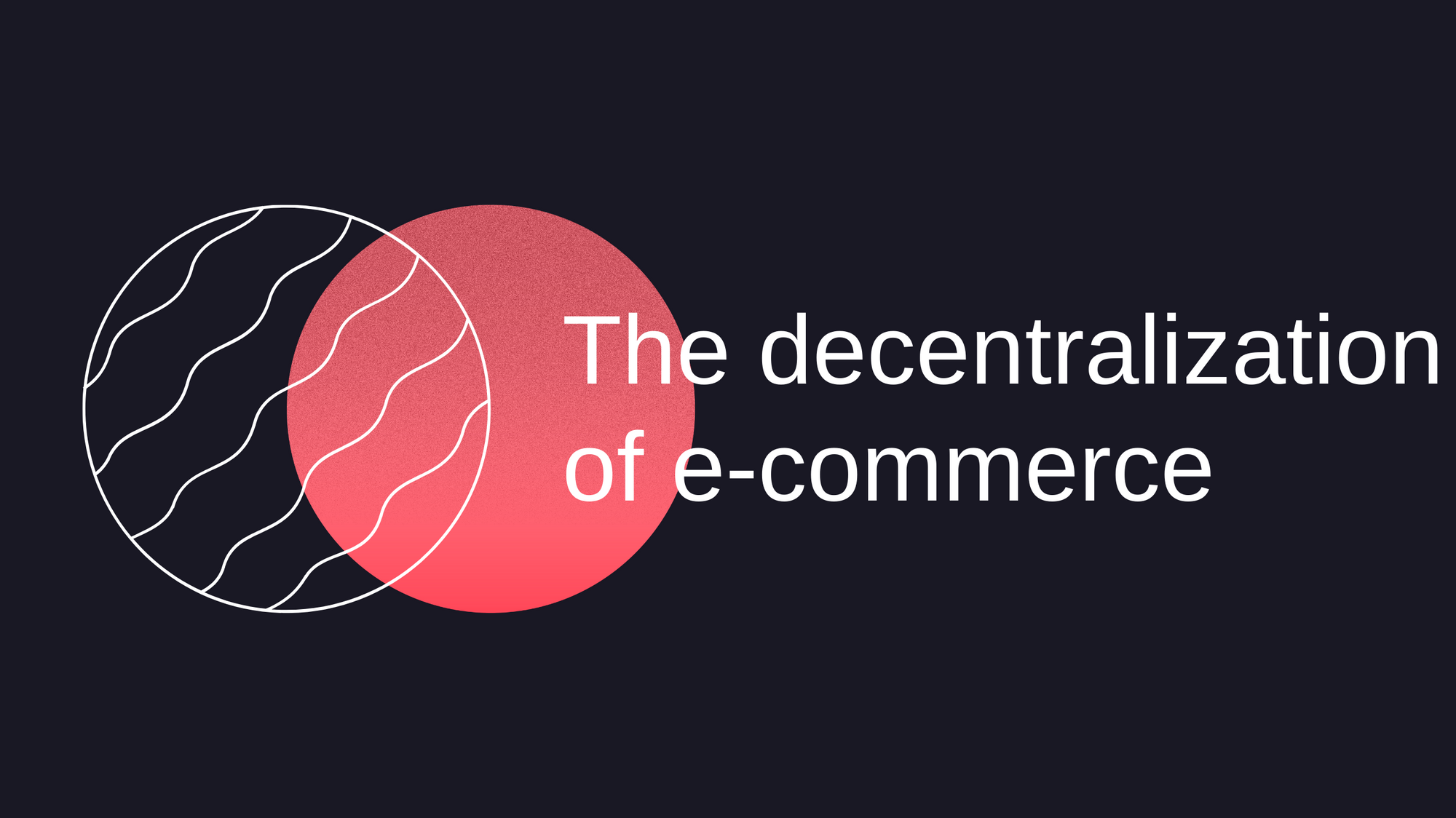 The future of eCommerce: NFT - dCommerce

Existing eCommerce models are monopolistic. NFT-enabled decentralized eCommerce could offer a viable alternative and save small businesses. Over the past four years, the blockchain scene has expanded its list of disrupted industries almost at an annual rate. During 2017 and 2018, there was the now infamous initial coin offering (ICO) boom. The following year, it was smart contracts that hogged the spotlight.

A new era of innovation

Ethereum (ETH) has established itself as a major player in the scene by introducing smart contract features and, thus, giving rise to customizable decentralized applications (dApps). This has allowed anyone to create their own dApp, overcoming the need for traditional software giants.

2021 was the year of decentralized finance (DeFi), which essentially decentralized most, if not all, of the services of traditional financial institutions. It offers a wide variety of peer-to-peer transaction options, such as lending and borrowing, staking, yield farming and, even, betting. Importantly enough, the DeFi wave has established a new decentralized financial paradigm and determined the way for new innovations.

Using the discoveries accumulated in previous years, the non-fungible token (NFT) scene appears to be mature enough to go through its own boom in 2022. The concept of non-fungibility enables new types of transactions, where users are not limited to monetary exchanges, but can enjoy the exchange of goods, both digital and physical. Transaction data is also retained for the parties making the transaction, while the royalties of the asset are forever imprinted on the smart contract itself. In other words, NFTs have the potential to power the next generation of commerce, namely decentralized commerce (or dCommerce). The question "why NFTs and dCommerce already still didn't become the next big thing" is reasonable given that the ERC-721 protocol emerged a few years ago, a standard interface for non-fungible tokens. However, it is important to first understand the framework in which they operate and what scheme they are promising to disrupt.

Although eCommerce has come to revolutionize the traditional status quo of physical commerce or eCommerce itself, it has been capitalized on the concept of peer-to-peer (P2P) online business transactions by manipulating it to its own advantage. Some tech companies have quickly managed to become eCommerce oligarchs, controlling large amounts of business on a global scale.

For example, Amazon's market share alone accounted for nearly 50% of the U.S. retail eCommerce market in 2020. With over 25 years of existence, these monopolies have leveraged their role as intermediaries by accumulating consumer data and capturing the surplus value created by users. The data protection hustle of recent years has tapped into the data management practices of several industries, and the eCommerce sector is no exception.

Indeed, various blockchain-based projects have attempted to disrupt the traditional eCommerce scheme that allows users to offer alternatives to current data management and transaction processes. However, although such early-stage dCommerce initiatives have laid the foundation for emancipating users from traditional monopoly giants, some consumer needs (e.g., trust, decentralization, and data transparency) have yet to be addressed. Thus, meaningful mass adoption of such services is not yet mature.

Powering the next generation of dCommerce

The NFT scene can now enjoy the hard-earned successes of its cryptographic predecessors and fuel the next generation of decentralized commerce.

By using NFTs to eliminate the middlemen of eCommerce, consumers can enjoy a new era of peer-to-peer commerce. This revolutionary innovation that NFTs can enable, will put the power back in the hands of the consumer. It will also allow smaller retailers to reclaim their position amidst the growing dominance of eCommerce giants, thus democratizing and demonopolizing commerce. If this isn't a useful research by cryptocurrency pioneers, then what is?

Current trading activity in the cryptocurrency world is limited to the inclusion of digital-only resources, which in turn disconnects the multi-billion dollar real-world trading industry from smart contracts and the next-generation web.

It can be argued that the rise of NFTs should in itself fuel a paradigm shift in thinking along these lines. The economy of things should not be limited by their "digitality": digital products and services can be paired with real-world objects. 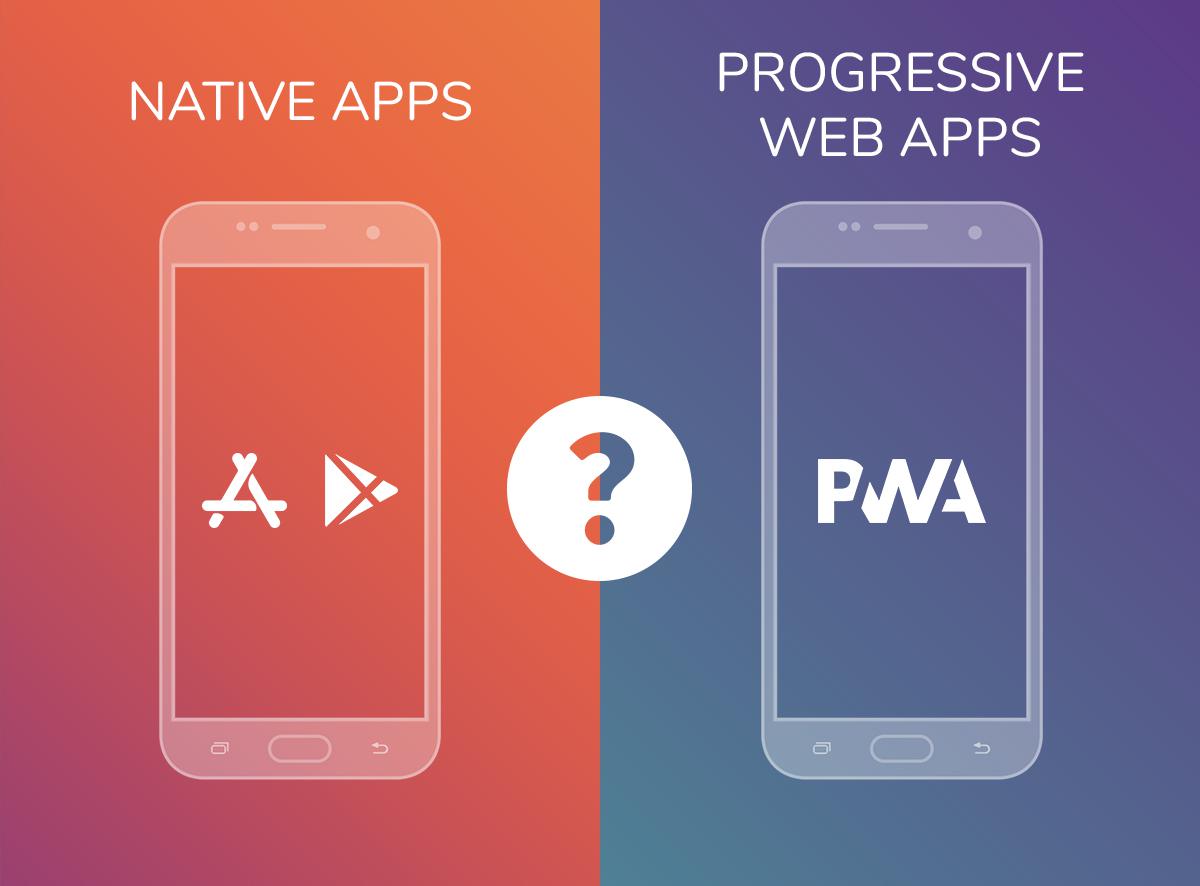 eCommerce
Progressive Web App to improve the performance of your eCommerce
January 19, 2022