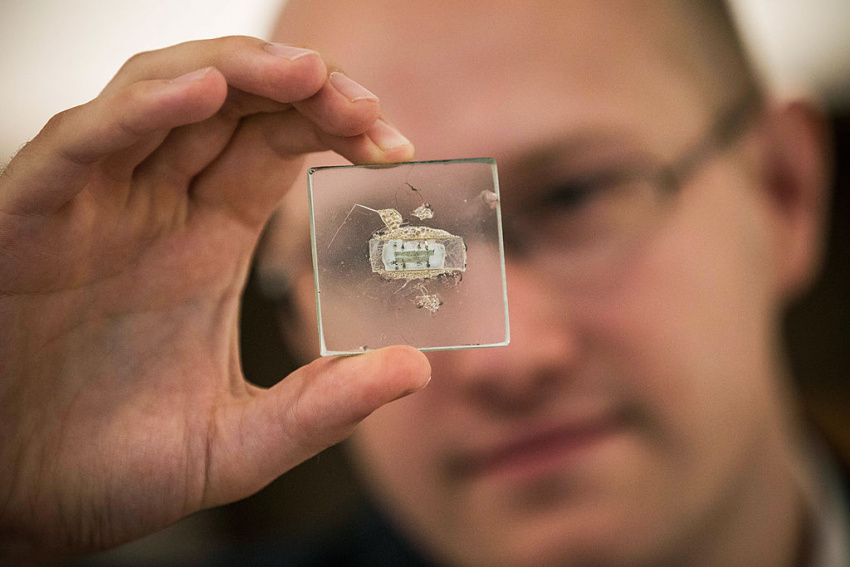 "Hello, world! Short tweet. Monumental progress." With this text, mental communication has officially landed on Twitter. It is the first message in the world to be posted on social networks only with thoughts. It was sent by Philip O'Keefe, a 62-year-old Australian suffering from Amyotrophic Lateral Sclerosis (ALS), thanks to an eight-millimeter wireless device implanted in the brain and called Stentrode.

The company Synchron, which developed the innovative technology, announced the news. The tweet was published on December 23 on the profile of Thomas Oxley, CEO of Synhcron. Philip O'Keefe, one of the patients who had the Stentrode computer interface implanted in his brain, is the first person to send successful messages to the world directly on social media through thought.

The procedure is very low-invasive, very similar to operations in the presence of stroke, and goes through the jugular vein. The Stentrode works as a real mind chip, like a Bluetooth minicomputer in the brain. Its creation is for now purely for medical purposes: prototypes have been created for those who have lost the ability to move and communicate. It has been implanted so far in two Australian patients, Graham Felstead and Philip O'Keefe, who received it for the second time in April 2020, after 5 years from the diagnosis of the disease.

"When I first heard about it, I knew how much independence it could give me back," says patient Philip. "The system is amazing, it's like learning to ride a bike: it takes a little practice, but once you start going, it becomes natural. Now I just think about where I want to click on the computer and I can send emails, manage my account, shop and now even send messages to the world via Twitter."

Thomas Oxley points out, "Philip made seven tweets and put up several likes. These tweets represent an important moment for the field of implantable brain-computer interfaces. They demonstrate the connection, hope and freedom they give to people like Phil who have lost much of their functional independence due to paralysis. "We look forward to advancing our Stentrode interface into the first clinical trial in the U.S. next year."